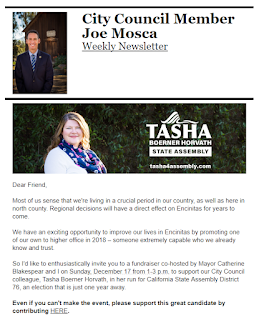 Warren, though not well-known in Encinitas, is a long-time activist with Moveon.org, the PAC formed in 1998 to give former President Bill Clinton political cover against accusations of sexual harassment, sexual assault, and perjury.
Posted by Encinitas Undercover at 2:15 PM