Gaspar: How can I be the Great Uniter when Barth is such a horrible person?

The hypocrisy is astounding:

This contentious tone was continued throughout the recent election season by both Ms. Barth and Councilmember Maggie Houlihan, as they disparaged the character and integrity of candidates they opposed.

Excuse me? Whose shadowy backers sent out the hit piece mailers? And whose supporters called Barth a "whore" at the Leucadia forum?

Additionally, a small group of their supporters routinely harassed my family.

Not once did Ms. Barth or Ms. Houlihan publicly denounce the behavior of their supporters. In fact, they held several pep-style rallies to hurl accusations at their political opponents.

Those "pep-style rallies" were organized by citizens to bring attention to corruption at city hall. Barth and Houlihan may have attended some (I don't recall), but they didn't organize them or speak at them. Apparently Gaspar believes citizens holding their elected leaders accountable is just not right.

By the way, not once did Ms. Gaspar publicly denounce the behavior of her supporters.

Read the whole thing, but the bottom line is that Barth and Houlihan and their supporters are mean and so there's no point trying to work with them. So "cooperation and civility" means a three-vote majority ignoring both the council minority and the citizens.

Cooperation and civility as long as you agree with me.


What do you do if you have a money-losing, mediocre golf course in a region full of world-class golf courses?

You let the fairways go and have putting contests!

Brian Newmark was just visiting family in San Diego when he dropped by the Encinitas Ranch golf course on December 26th for a little day-after-Christmas putting and chipping practice.

Turns out it was worth the trip, as Brian won the U.S. Putting Tour's National Championship qualifying event that was taking place at Encinitas Ranch that day. For his victory, Brian received a $100 gift certificate good at the pro shop and an automatic entry into the USPT's National Championship schedule for September at The Crossings at Carlsbad.

Dang. Lost out to Carlsbad for the prestigious National Putting Championship. Obviously, we need to get some of those miniature golf windmills and volcanos and such. 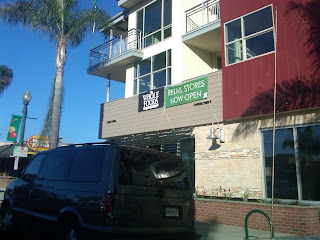 We had our doubts, but it looks like they're really coming.

And according to the Daily Transcript, the condos are now selling, too:

Models are open and the sale of 47 residential units are now under way at Pacific Station, the $40 million mixed-use development at 687 South Coast Highway 101, in downtown Encinitas.

With prices from the $300,000s to $700,000s, homes at Pacific Station include a mix of two-story townhomes, two-story lofts and single-story, flats ranging from approximately 600 to 2,300 square feet.

... though they don't appear to have them in the MLS yet. But who needs exposure? These things will fly off the shelves like the Moonlight Lofts did, right?

Here's the condo web site if you want to be the first to buy.
Posted by W.C. Varones at 3:29 PM 4 comments:

Even long-time locals will learn something they didn't know about Leucadia landmark Ducky Waddles Emporium in this article.
Posted by W.C. Varones at 11:13 AM 1 comment:

Alabama town's failed pension is a warning to Encinitas

PRICHARD, Ala. — This struggling small city on the outskirts of Mobile was warned for years that if it did nothing, its pension fund would run out of money by 2009. Right on schedule, its fund ran dry.

Then Prichard did something that pension experts say they have never seen before: it stopped sending monthly pension checks to its 150 retired workers, breaking a state law requiring it to pay its promised retirement benefits in full.

It is not just the pensioners who suffer when a pension fund runs dry. If a city tried to follow the law and pay its pensioners with money from its annual operating budget, it would probably have to adopt large tax increases, or make huge service cuts, to come up with the money.

“Prichard is the future,” said Michael Aguirre, the former San Diego city attorney, who has called for San Diego to declare bankruptcy and restructure its own outsize pension obligations. “We’re all on the same conveyor belt. Prichard is just a little further down the road.”

Jerome Stocks, James Bond, and Kristin Gaspar could not be reached for comment. 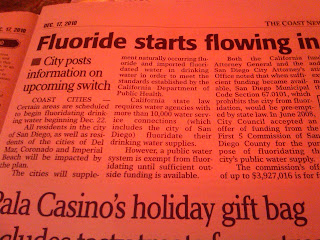 Chemicals for the sheeple, because bureaucrats know better than nature what's good for you.

The history of Encinitas' mayoral rotation


I'm more interested in whether three council members will stand up for pension reform than who gets to be mayor. But it's a bad sign that Kristen Gaspar and Jim Bond are allying themselves with anti-reform Jerome Stocks.

Support your local historic theater and Spike and Mike, a couple of local UCSD boys made good.

And see some really funny and creative stuff.


The Encinitas city council lends to deadbeat developers at 4.5%:

The council approved 5-0 to authorize an agreement with Pacific Coast Properties to clean up the [Quail Gardens crack den] property and appropriate $35,000 from the city's general fund to cover the costs and file a lien on the property for that amount plus 4.5 percent interest.

... and gives city workers a guaranteed 7.75% annual return forever on their pensions.

If a bank charged borrowers only 4.5% interest and paid out 7.75% on investments or deposits, that bank wouldn't be in business very long. Why can't our city council do basic math?


No yurts, no peace!


We've got our own Bernie Madoff Jr.!

Leucadia's Scott Bottolfson pleaded guilty to felony wire fraud and faces up to 20 years in prison:

According to a criminal complaint filed Nov. 30, 2010 with the U.S. District Court, Southern District of California in San Diego, Scott Bottolfson through at least two entities he owned and operated – Increase Investments, Inc. and Spirit Investments -- solicited more than $15 million from investors, many from neighbors in the Town of Newbold [Wisconsin] where he had lived for awhile, in exchange for fixed high-rate promissory notes, in at least one case of 20%.

The alleged fraud occurred from approximately September 2001 initially in the Newbold area and from 2005 through July 2010 from Bottolfson's base in Encinitas, California, prosecutors said.

The complaint said that as part of the scheme Bottolfson solicited investors via interstate e-mail and telephone calls and falsely claimed to investors that he could guarantee "high rates of return" for their investments that included commodities futures trading. The complaint said Increase was not registered with the National Futures Association (NFA).

The complaint read here said Bottolfson did not invest all investor funds as represented, but used “as much as 50% of investor funds for personal expenditures.” The “Ponzi” scheme involved giving new investor funds to previous investors and falsely representing those funds as investment returns, the complaint stated. “Defendant returned several million dollars to investors through the Ponzi scheme activity but still caused losses of approximately $6 million,” it added.

One victim, mentioned in the complaint by the initials only as “R.W.”, gave Bottolfson $1.3 million in December 2008 to invest in return for a promised guaranteed rate of return of 20%, but the money was used instead to pay previous investors, according to the complaint.


Details of the case are in this National Futures Association document and this criminal case.

Lifestyles of the rich and pensioned 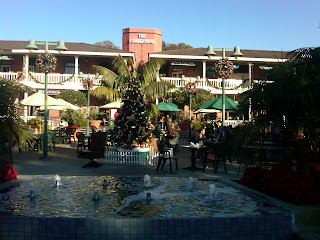