If you've been near Encinitas' new public art this week, you've likely seen a crowd of visitors gathered around, marveling at the detail, taking pictures, and, for a moment, believing in magic.

That some talented artist and a clandestine band of conspirators would give such a gift to the people of Encinitas warms the heart of even the most confirmed cynic.

A letter in today's U-T comes from one who made the pilgrimage:

When I saw the beautiful photo of the “Madonna of the waves” (April 26), I climbed in the car and drove to Encinitas to see the original. This radiant glass mural was surrounded by admirers similarly inspired by the U-T article. “That is so Encinitas!” said one person. Another was wondering what sort of petition would be needed to keep the mural in place permanently. If it must be removed because it’s officially (if absurdly) determined as “defacing,” let us hope that it is placed where it can be appreciated by its many new and future fans.
-- David K. Jordan, La Jolla

Only our government masters are allowed to decide what is art. And they do such a wonderful job with it: the Cardiff Kook, the Carlsbad Jail Bars, the Scripps Turd (OK, that last one's not technically government, but still a government-like bureaucratic board of trustees).

Our own Richard Phillips laying down his Authoritah in the North County Times:

A couple of art-loving residents urged the Encinitas City Council on Wednesday to grant amnesty to a surfing Madonna mosaic secretly installed under a railroad trestle along one of the town's busiest roadways.

But a city official, speaking to a reporter during a break in the council meeting, said that the mosaic must go, and the key question for the city is whether it can come down without sustaining significant damage.

Although the mosaic may be pretty, it "fits the definition of graffiti," said Richard Phillips, Encinitas assistant city manager. Phillips added that city's anti-graffiti ordinance is broad enough to include far more than just someone spray-painting a wall. It's written that way to cover everything from advertising stickers to messages scratched into surfaces, he added.

Dumanis finally gets around to charging hit-and-run driver

It's about time. Good thing he didn't run.

The suspected driver in a fatal Encinitas hit-and-run crash who was arrested and then released has been re-arrested and will face a judge Wednesday, authorities said.

Joseph Ricardo Fernandez, 46, of Carlsbad was first arrested days after the April 10 crash. Authorities had to release him when prosecutors declined to press charges within a three-day holding limit.

About 1 a.m. on April 10, a dark Dodge truck struck a bicyclist in the 1200 block of North Coast Highway and didn't stop, authorities said. The bicyclist, Jim Swarzman, 47, of Encino, died hours later at a hospital. 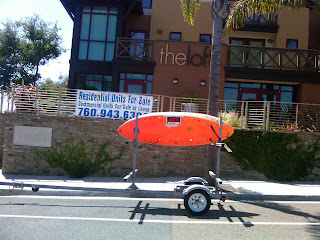 Two years after the Moonlight Lofts went rental, they're trying to sell them again.

And just like Dalager, Dumanis opposes pension reform.
Posted by W.C. Varones at 6:09 AM 4 comments:


Your tax dollars at work:

Prosecutors had not filed charges Thursday against the suspect in the fatal hit-and-run of a bicyclist, forcing authorities to release the man from jail.

Nice work, guys. Better hope he doesn't run from justice like he ran from the scene of the crime.
Posted by W.C. Varones at 9:32 PM 6 comments: 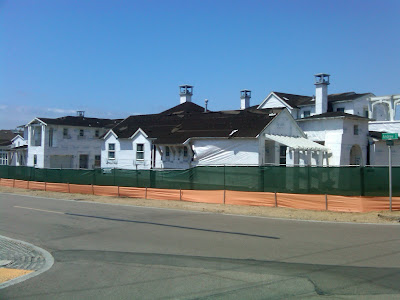 I don't think Shea was the buyer out of bankruptcy, so either the buyer flipped it to them or they are handling the building and marketing and sharing profits.

101 Killer turns himself in

Joseph Ricardo Fernandez of Carlsbad turned himself in to authorities:

Sheriff's Sgt. Mark O'Connor said the 46-year-old man came forward Monday to report that he believed he might have been involved in the recent traffic accident in the Leucadia area.

Detectives interviewed the man and inspected his Dodge Ram 1500, which matched descriptions -- including front-end damage.

As we suspected, the killer was a Carlsbad resident heading home from Encinitas, but apparently just a drunk rather than a psycho targeting bicyclists. The driver who ran down Heath Bernstein is still at large.
Posted by W.C. Varones at 8:14 PM 1 comment:

And the vehicle and M.O. are suspiciously similar to this January incident in Carlsbad which looks like a deliberate rundown of bicyclist Heath Bernstein:

It sounds like both incidents were late night, northbound, so we're probably looking for a local who spends evenings in coastal Encinitas and then goes home to Carlsbad.
Posted by W.C. Varones at 5:00 AM 2 comments: 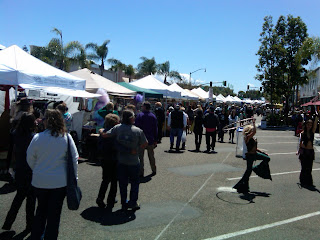 From her e-mail newsletter:

UT Editorial: Pension fixes: Local cities must push on
The Mayor and City Manager have finally agreed to my request for an agenda item to discuss pension options.

"No date yet for the discussion" is the caveat. The council appears to have ditched the 60-day rule which means they can still ignore minority issues forever.

Whether you're a Barth fan or not, I recommend Barth's e-mail for both political news and fun stuff around town. You can sign up at barthforencinitas.com.
Posted by W.C. Varones at 3:37 PM 2 comments:

San Diego leaders agree on huge pension reform initiative (which will be approved overwhelmingly by voters).

Can Jerome Stocks explain why San Diego can do this but in Encinitas pension issues can only be discussed in closed-door, backroom meetings between unions and the council?
Posted by W.C. Varones at 5:20 AM 1 comment:

Someday in the not-so-distant future, all third- through sixth-graders at Encinitas Union School District schools could be using iPads instead of textbooks as part of the district's plan to upgrade technology.

The district recently bought 40 of the tablet computers for teachers and administrators to use to determine whether they're the best digital tool for the classroom, Superintendent Tim Baird said.

Even aside from the fast obsolescence of personal technology devices like iPads, what's the expected lifespan of an iPad that gets banged around in a kid's backpack every day? Those kids will still be burdened by the $44 million bond on their property taxes long after the last iPad has crashed and today's kindergarteners have long since graduated high school. 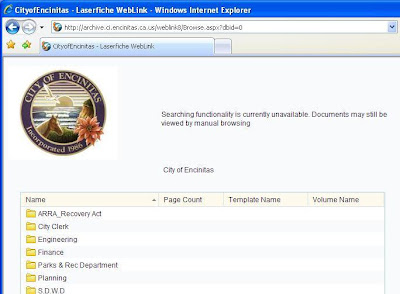 Jerry Brown's modest pension reform proposal looks like he used Encinitas as a textbook example of bad practices that have to be stopped:

Prohibit Employers from Making Employee Pension Contributions. All California public agencies would be prohibited from making employee contributions that fund the normal cost of employee retirement benefits in whole or in part.

Prohibit Retroactive Pension Increases. All California public agencies would be prohibited from granting any retroactive pension benefit increases, such as benefit formula improvements that credit prior service.


Jerry's looking at you, Jerome Stocks and Maggie Houlihan, with your 2005 35% retroactive giveaway!

Oh, Jerry's frowning on Encinitas here. Encinitas does it so, so wrong. We not only use the last one year instead of average three, we allow all kinds of pension spiking games.

And Jerome Stocks wants to sign a new labor contract without reforming any of the obvious things that even union-supported Democrat Jerry Brown thinks have to be fixed!
Posted by W.C. Varones at 5:29 PM 2 comments: