While our City Council (Teresa Barth excepted) buries its head in the sand about the pension crisis, our neighbors down south are getting serious.

A proposed ballot measure by Mayor Jerry Sanders and City Councilman Kevin Faulconer would alter San Diego’s pension system in profound ways that they say would save a projected $1.6 billion for taxpayers over the next three decades.

The measure calls for the most strict cap on public-safety pensions among the state’s largest cities, a switch to a 401(k) for new hires in all other city jobs and a cap on the city’s overall payroll for five years. In addition, it would remove a provision from the city charter that gives workers the ability to veto benefit changes with a majority vote — which some city leaders say makes it difficult to push through significant reform.

Either someone invents cold fusion, the Mayan alien astronauts bring us all sorts of manna when they return in 2012, or we will monetize our debt to pay for all these off-balance sheet liabilities. I'm betting on the latter.

And even though we are still pushing the vast majority of the pension costs onto the next generation by using phony assumptions and under-contributing even for those rosy assumptions, the tiny portion of pension costs that we are actually paying for today are crimping the city budget so that Olivenhain can't even have a fire station. Honestly, Olivenhain ought to just secede and go back to the county. They pay all these taxes into the city and what do they get for it?


What will it take for the Council majority to wake up?

Encinitas to be hit by radiation from Japan by Friday

A United Nations forecast of the possible movement of the radioactive plume coming from crippled Japanese reactors shows it churning across the Pacific, and touching the Aleutian Islands on Thursday before hitting Southern California late Friday.

The chairman of the Nuclear Regulatory Commission, Gregory B. Jaczko, said Monday that the plume posed no danger to the United States. “You just aren’t going to have any radiological material that, by the time it traveled those large distances, could present any risk to the American public,” he said in a White House briefing.

Mr. Jaczko was asked if the meltdown of a core of one of the reactors would increase the chance of harmful radiation reaching Hawaii or the West Coast.

“I don’t want to speculate on various scenarios,” he replied. “But based on the design and the distances involved, it is very unlikely that there would be any harmful impacts.”


... temporarily, before they revoke it permanently. NC Times:

Pines made a name for himself by advising families, including two in Escondido, too break into homes they lost to foreclosure and retake possession. In all cases, the families were evicted again, as Pines lost every argument in court and was cited for contempt in at least one of the cases.

Pines's behavior became so egregious in the view of the state bar that it filed to have his license suspended on an interim basis while it seeks to remove his license permanently.

"To remove a lawyer from active practice on an interim basis before formal charges are filed is a drastic remedy," said Chief Trial Counsel James Towery in a written statement. "That remedy is justified by the established misconduct of Michael T. Pines. He has shown complete disrespect for the law, the courts and especially the best interests of his clients."

Pines has been evicted from his Leucadia office due to foreclosure as well.

NOTE: This is NOT La Jolla personal injury attorney Michael Pines, who is concerned about being confused with the Encinitas break-in artist. 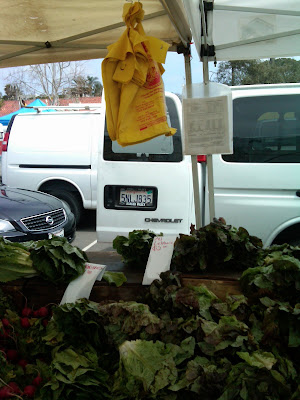 
They've taken to hawking them on Encinitas Boulevard like $5 pizzas. 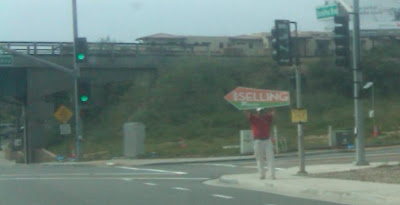 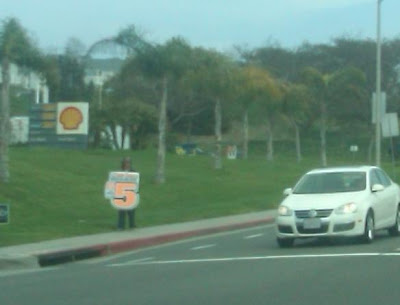 Just as we noted a month ago, the cheaper railroad-view and loading dock-view condos are selling OK, but the nicer units are struggling.

I wonder if they'll end up renting them like the Moonlight lofts, or drop the prices to sell them all.
Posted by W.C. Varones at 3:10 PM 13 comments:

Stay away from the beaches around 8:45 this morning.
If you can get pictures from the bluffs, send 'em in!
Posted by W.C. Varones at 5:14 AM 1 comment:

Tuesday's move is part of a dramatic restructuring of a city that faces potentially skyrocketing pension costs in the coming years.

Costa Mesa's own projections show that in the next few years, it will be expected to pay more into the state's public pension fund, CalPERS. It's a situation being replayed up and down the state: When the CalPERS pension fund was flush in the early 2000s, Costa Mesa did not have to pay much to the state to cover its employees' retirement costs. Now that CalPERS investments are hurting, cities have to cover the difference.

That pattern looks to continue for at least the next five years, city officials project.

Laying off hundreds of employees and their accumulating pensions by the fall would help to balance the city's budget in years to come, council members reason.

Encinitas is a young city with few current retirees, and it is still underfunding its pensions and assuming awesome investment returns, so it hasn't felt the impact of its outrageous pension giveaway. The bill will come due for Encinitas in 10 or 20 years as it has in Costa Mesa already.

The current city council and the greedy unions are painting us into a corner. If they won't reform the pensions, the only solution will be to fire city workers and outsource everything.


Bend over, Encinitas. We're going to buy four of these.

A group of fundraisers that spent more than $17,000 for the North County Transit District to design a quieter train alert system for Del Mar were unpleasantly surprised last week when the expected price was nearly $200,000 higher than anticipated.

The Del Mar fundraisers are working toward installing a wayside horn train-alert system at the city’s lone Coast Boulevard crossing. They spent the money on the design phase in hopes that NCTD would return with a price lower than the $276,000 originally estimated. But the NCTD final estimate came in at $454,147, including $91,000 in administrative fees. The actual wayside horn equipment costs about $43,000, according to the estimate.