SANDAG and Coastal Commission: not so fast on Cardiff Rail Trail flip-flop.

Effort to restore La Paloma and put it on the National Register of Historic Places. Well deserved, and thank you.

Logan Jenkins in the U-T:


I think it's fair to say that Encinitas' first elected mayor, a businesswoman and super-mom, "won" the debate on style points. Poway Mayor Steve Vaus, a great Gaspar fan, sure thought so, but so did a realtor who said she was still voting for Abed on policy grounds.

Gaspar possesses incredible poise on stage (she worked in TV in Arizona) and a folksy (but not silly) ability to connect government with the daily lives of people. It's a rare gift, smart, self-effacing and funny.

Posted by Encinitas Undercover at 5:28 AM 32 comments:

Colleen O'Connor in the Times of San Diego:

And they are getting stronger and smarter with each battle that pits neighborhoods vs. high-density infill projects designated “smart growth.”

The real revolutionaries, or disruptive “change agents,” this election year are mostly nameless, law-abiding, often invisible San Diegans who have taken on “the establishment” and are now “winning”—against all odds.

It started in Barrio Logan. Industry vs. housing, and shipbuilders vs. the neighborhood.

In a close knit Hispanic community, the resistance fought to retain the character of their community against creeping zoning for industrialization. Unafraid of defeat, they fought back against the City Council and the shipyard industry—via a referendum—but lost.

However, during that fight, the locals learned “yuge” lessons. How to organize, shape the narrative, push the non-establishment press, raise funds, recruit volunteers, and rally behind a cause. In short, campaign.

They were the original Captain Americas who helped inspire the next battle in a what is fast becoming a protracted war.

Posted by Encinitas Undercover at 5:45 AM 46 comments: 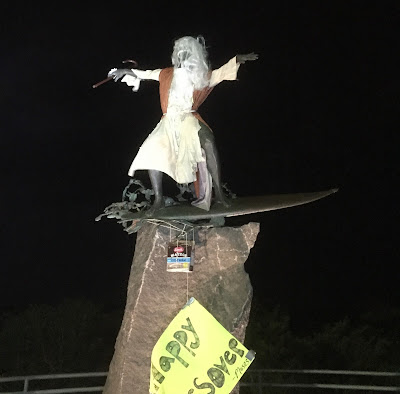 Happy Passover to our Jewish friends!

Posted by Encinitas Undercover at 7:28 AM 4 comments: 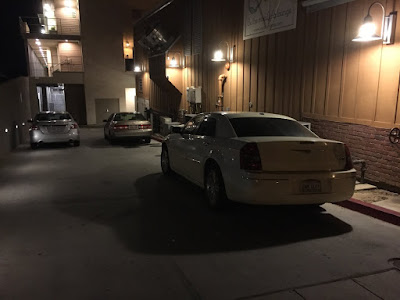 Hope there's not a fire!
Posted by Encinitas Undercover at 8:06 AM 2 comments:


We are writing in response to the VOSD article, “Years of Defying State Affordable Housing Law Gets Encinitas Sued, Again.” As longtime residents of Encinitas, we have firsthand experience with the challenges of meeting affordable housing needs in Encinitas. In this op-ed, we will draw on our experience to supply missing background information, correct factual errors and provide a more precise context for some of the assertions made in the VOSD article.

The Housing and Community Development Department mandates that city governments institute a plan to meet their existing and projected housing needs and increase housing supply and affordability levels by updating the housing and land use elements of their general plans.

Encinitas is in the process of updating its housing and land use element. In its draft plan, submitted to HCD in September 2015, Encinitas incorporated high-density R-30 zoning (30 units per acre), which HCD sanctions as a stand-in, or “proxy” for affordable housing.

The eye-opener here is that HCD allows this zoning to count as affordable housing, even if such housing is NEVER built or the units that are built sell at market rate. HCD Assistant Deputy Director of Housing Policy, Glen Campora, confirmed in an Encinitas forum that there is NO guarantee affordable units will be built. In fact, the “Affordable Housing” projects can – and usually do – end up consisting mostly of luxury condo units.

On tonight's agenda: the Housing Element Update and an appeal to sell alcohol at the Leucadia Shell station. 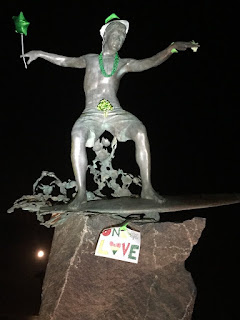 Happy 4/20 to all of our Leucadia friends!

Posted by Encinitas Undercover at 10:23 AM 2 comments:

Just 12 years into the most recent 40-year SANDAG sales tax increase (whose "oversight" is dubious), SANDAG wants still more money from us.  It's not sure what it needs the money for, but who doesn't want more money?  SANDAG has all kinds of nifty ideas like a sky gondola from downtown to Balboa Park.

Moderates like former Supervisor Pam Slater-Price oppose SANDAG's tax hike because the unaccountable, unelected board uses its huge war chest to bribe or bully cities into putting what SANDAG wants ahead of the needs of local residents.  Such as increasing high-density development to meet SANDAG's phony growth projections.  Or deciding where Cardiff should put its Rail Trail.

The SANDAG play is to put a 40-year, 1/2 cent sales tax hike, which overlaps and doubles the last SANDAG 40-year tax, on the ballot and persuade citizens that it's critical for infrastructure.  They want to avoid local elected officials having to go on record supporting or opposing the tax increase, because the more public discussion that happens, the more uncomfortable questions people might raise, like what happened to the last $14 billion we voted them?

Rostra's conservative Brian Brady interviewed Mayor Kristen Gaspar, and Gaspar is firmly opposed to SANDAG's $30 frozen yogurt.  Let's hope she puts it on the council agenda so we can see which council members stand with locals, and which stand with SANDAG.

... in blowing away the old real estate bubble prices. A little perspective on the Rosebay view lawsuit:


Julie Hedman, who lives uphill, noted that everyone in Encinitas has paid a premium for ocean views. "My husband and I would not have bought our home if we had known that homes would be allowed to build up second stories in front of us," she said. "It will block ocean views from homes in our neighborhood." 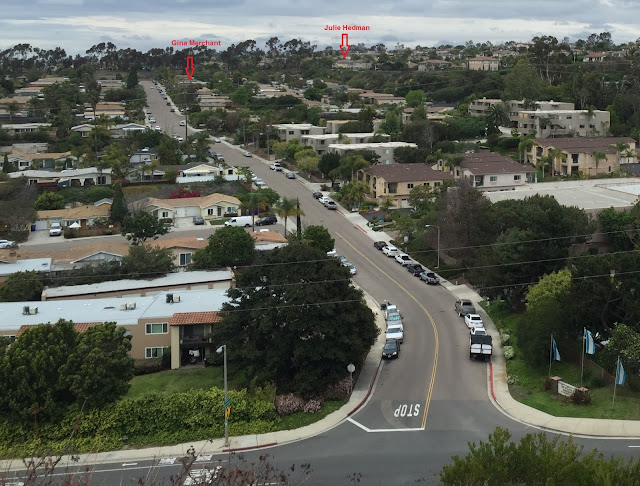 If it looks like Hedman's gated-community house sits about 30 feet higher than Merchant's, that's because it does.

Zoning in this neighborhood, as in all of Encinitas, has always allowed for two stories.

But if the rich folks on the hill can lawyer the commoners to death, first at the Planning Commission, then at City Council, then at Superior Court.... 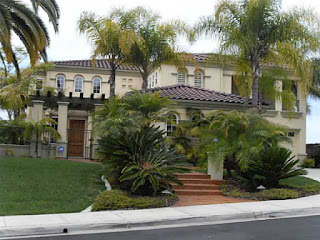 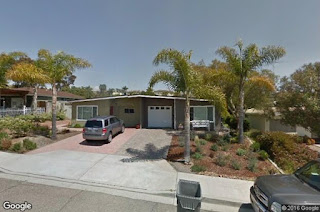 Posted by Encinitas Undercover at 7:02 AM 57 comments:

Some Encinitas residents are suing their downhill neighbors who won city approval to build a second story onto their Pacific Serena home, saying it will partially block their views.

The neighbors — known as Friends to Preserve Encinitas Beauty — filed the suit in San Diego Superior Court a week after the March 16th city-council meeting where the council voted unanimously to deny their appeal of the permit granted to Gina Merchant and Derek Bradley to build a 643-square-foot second floor onto their 863-square-foot home.

People in houses up the hill, to the east, believe the addition will affect their view of the ocean. They raised their issues with the Encinitas Planning Commission, where the addition won approval on a 3-2 vote, and appealed the decision to the city council, which also supported the addition.

CalPERS has missed out on as much as $3 billion in investment gains since the nation's largest defined benefit plan shed its tobacco holdings, as that industry powered ahead, a recent report from its consultant states.

That has the California Public Employees' Retirement System weighing whether to take up the habit again. Members of its investment committee on April 18 are expected to consider a plan that could allow the $291.2 billion system to reinvest in tobacco company stocks and other sectors that had been culled from its portfolio.

These are the guys whose investment mistakes create open-ended liabilities for cities like Encinitas. And our local leadership has done nothing to rein in pension costs since the Jerome Stocks council did a partial rollback of the 2005 giveaway. Meanwhile, annual pension costs are rising by double digits every year and it's still not enough to keep up with promised benefits.

CalPERS was already severely underfunded before it missed its investment targets last year. It's shaping up to report yet another horrific performance for the current fiscal year ending in June, meaning even more rapidly rising annual costs to the city of Encinitas to keep the employees in six-figure early retirement.
Posted by Encinitas Undercover at 6:56 PM 31 comments: