How come I'm always the last guy to know where to get good blow?

The Encinitas Sherriff’s [sic] Department announced Friday that Bar Leucadian will have its liquor license suspended after undercover investigators bought cocaine at the bar multiple times.

During the four-month-long investigation, cocaine was purchased at Bar Leucadian four times, and both employees and patrons were involved in the sales, according to a news release from the Sherriff’s Department.

So they're losing their liquor license, but can we still get coke there?
Posted by W.C. Varones at 6:53 PM 7 comments:

Cars on and around Summit Drive that were parked facing the wrong direction got parking tickets last night.

All of the cars were completely off the street, but parking the wrong direction is still technically illegal.

It's ostensibly a safety issue, as pulling out from parking the wrong direction is not as safe, but for all practical  purposes, this is ridiculous on a slow-speed, low-traffic residential road with perfect visibility.

This is what broke municipalities do: they turn their peace officers into revenuers.

This is not your father's Encinitas. 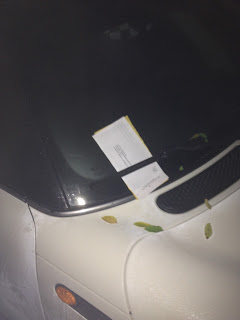 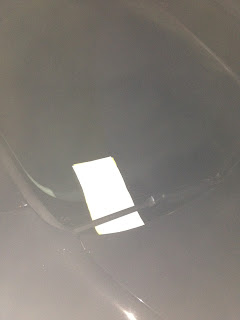 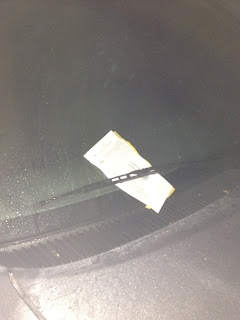 J.P., you are the luckiest guy in town.

And to think you owe it all to Jerome Stocks for banishing the Lady from her original home. 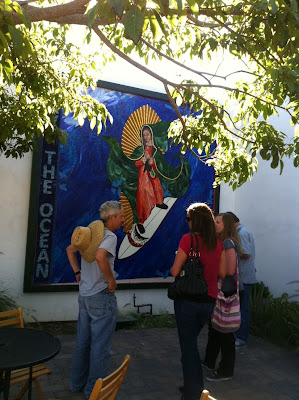 UPDATE 2015: Boy, did we get this one wrong!  Andreen was absolutely right about Barth and Shaffer's plan to push for high-density development.  They campaigned on preserving "community character" and fooled us.

Mike Andreen has really gone of the rails with this one. Andreen uses his New Encinitas Network blog for a long and bizarre rant against Council Member Teresa Barth and candidate Lisa Shaffer, trying to paint them as wanting to push high-density on New Encinitas.

In fact, Barth and Shaffer are working to prevent high-density development, and Andreen's buddies Jerome Stocks and Kristin Gaspar had their campaigns heavily funded by developers (and Stocks is directly responsible for Encinitas' huge unfunded pension liability, for which his solution will certainly be lots of high-density development to increase the tax base).

Andreen is entitled to his opinion, but why are these Encinitas businesses sponsoring his nonsense? If you're a customer of any of these, you might inquire.

Cute as a Bug Resale

Juice in the City

It's not quite as prestigious as the New York Times' Society page, but congratulations to recent La Costa Canyon graduate Laurenz Jacobsen for having a party big enough in little Encinitas to catch the attention of the Los Angeles Times:

Responding to a noise complaint from neighbors, deputies found partygoers throughout the house, some hiding in closets and bathrooms. Alcohol was found on the patio, in the kitchen and in the living room.

UPDATE: Now the affair is being honored in the London press, and the address is being given as the 3100 block of Brookside Lane. That would be in Olivenhain, off of Lone Jack, among some nice big horse properties.
Posted by W.C. Varones at 4:16 PM 7 comments:

A guilt-free tour of Walmart for those who never want to set foot in it.

I was a little worried I'd see somebody I know there... but don't worry, you won't. 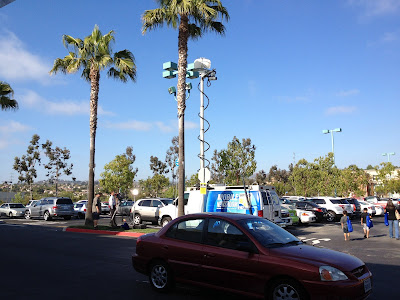 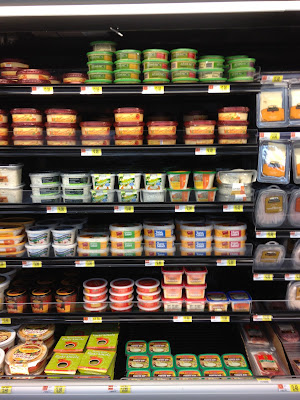 This is not your father's Walmart. 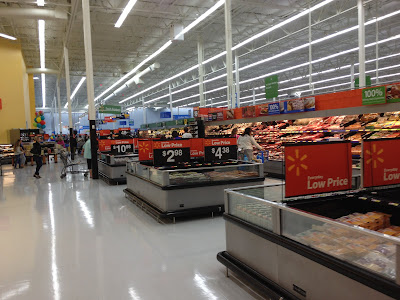 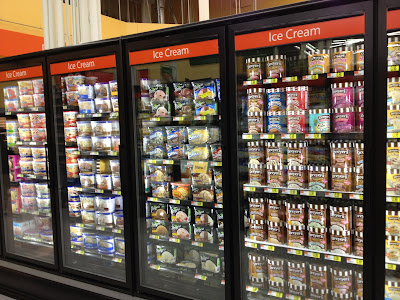 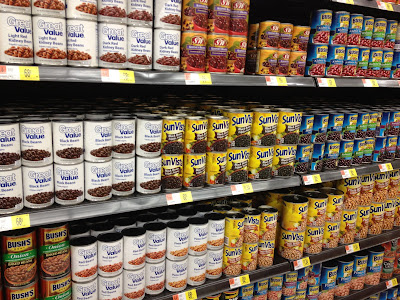 ... at prices that would seem to put the hurt on Ralph's and Vons. 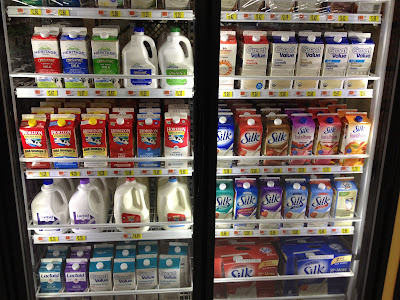 Got your organics and your soy products. 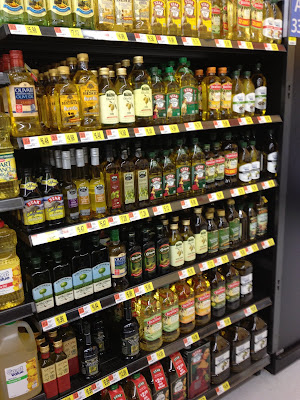 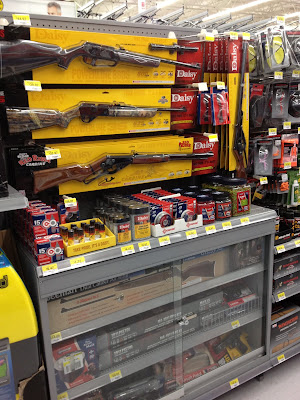 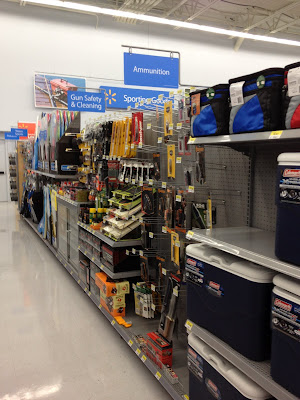 They will have ammo here once they get the case installed. 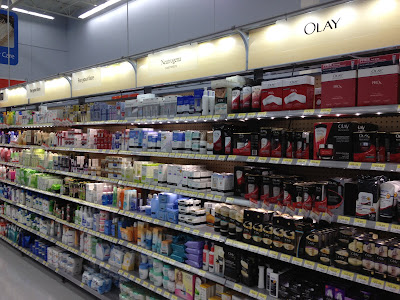 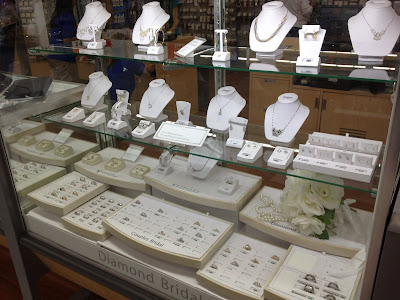 I told you this wasn't your father's Walmart. 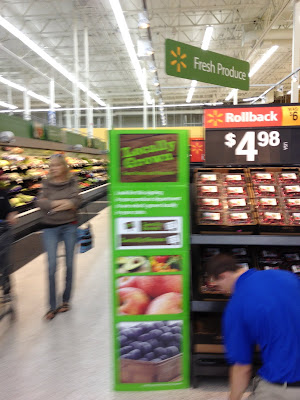 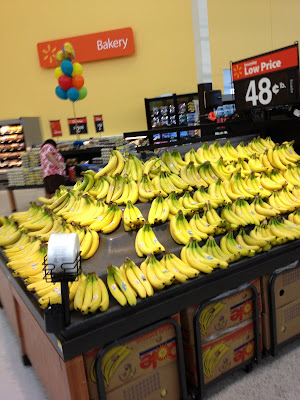 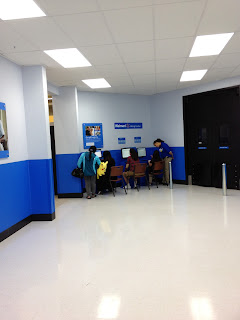 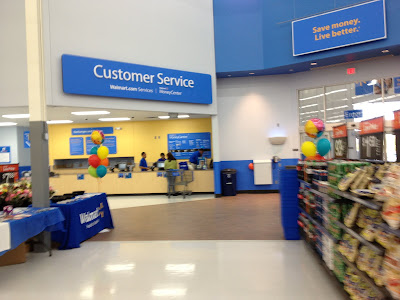 All kinds of check cashing and debit card and wire transfer services in the customer service center. 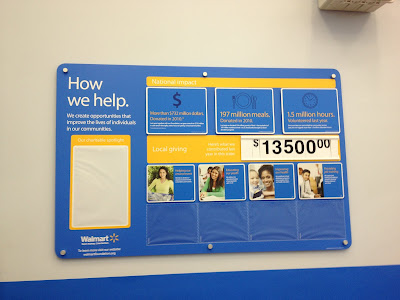 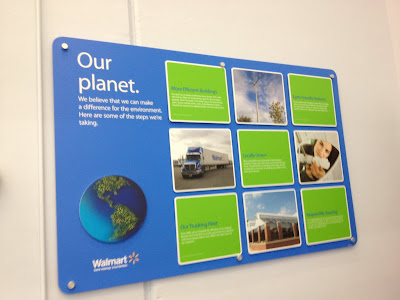 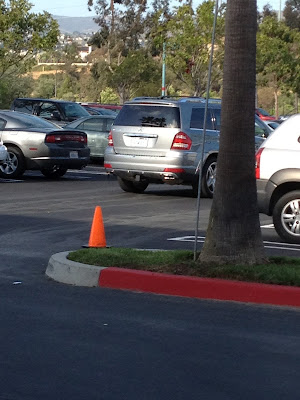 As for that upscale Walmart we heard about, this may indeed be a trial push in that direction.  The quality and selection of grocery products far exceeded my expectations.  They're applying for a wine vendor's license, so we'll see in a few months if they carry any of that $100 wine.

No People of Walmart sightings today. Quite a few immigrant families and some folks who look like they came in from Oceanside or Vista. Who am I to cast stones at those trying to feed their families at a reasonable price at the confluence of the Greenspan Depression and the Bernanke Inflation?

As for the whole Target vs. Walmart thing, I really don't get why Target is politically acceptable but Walmart isn't.  They are both non-union big-box stores, with similar wage scales, that kill small retailers and put the hurt on union-run grocery chains.  How can anyone support one but not the other?

I'm not saying I like Walmart in Encinitas.  I'd prefer to have no big boxes at all on El Camino Real.  But where was the outrage on Target and the other big-box stores?
Posted by W.C. Varones at 7:16 PM 21 comments:

I think they're going to want to hire a moderator for that.

During the 2010 election, we wrote about the curious hit piece by the (Republican) Lincoln Club of San Diego attacking reform candidates Teresa Barth and Tony Kranz and implicitly supporting union-backed, corrupt Democrat Dan Dalager (who has since pled guilty) and his neophyte ally Kristin Gaspar.

We wrote to Lincoln Club board members inquiring about the bizarre hit piece at the time, and received a response that perhaps they could use more help vetting candidates in the future.  It still seemed very odd to us that the Lincoln Club would have dumped thousands of dollars into a hit piece in a small-town election about which they knew nothing.


So the Encinitas Firefighters Association PAC suddenly found an urgent need to support California Proposition 22, which was cruising to an easy 60-40 victory, right before the election.

And the same day, Jerome Stocks, who has made a political career out of supporting the unions and increasing their pension benefits, decided he wanted to personally contribute $4000 to the Lincoln Club for Proposition A against the unions?

I doubt there would be anything illegal about Jerome Stocks and Mark Muir's firefighter union's PAC donating directly to the anti-Barth and Kranz hit piece, so the sleight-of-hand subterfuge is probably just to avoid the tawdry appearance of tawdry reality.

Unlike the Union-Tribune and the North County Times, Encinitas Undercover will not publish the suspects' names, as we do not believe attempting to participate in a voluntary transaction for consensual sex merits permanent branding as a social outcast and permanent damaging of someone's employment prospects. If you agree, please contact the puritans at the U-T and the NCT.
Libertarian lecturing aside, where is the hotbed of prostitution in Encinitas? I do declare, there was a time when I was so lonesome I would have taken some comfort there. Have you seen women out on El Camino like on El Cajon Boulevard?
Posted by W.C. Varones at 8:27 PM 3 comments: 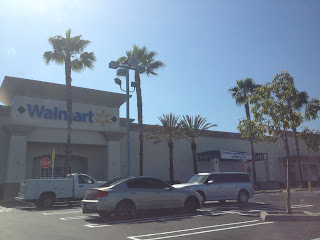 Thanks to an anonymous commenter who tipped us off to the parking lot being re-striped with lots of compact spaces to accommodate more cars. 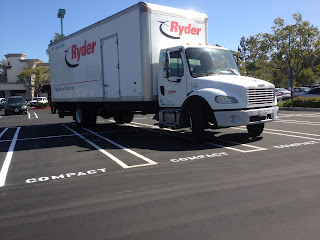 Incidentally, this could free up a lot of space at San Elijo campground as Walmart allows RV camping in its parking lots. 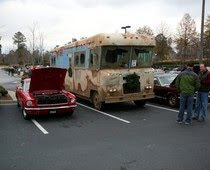 The bright side for Encinitas Ranch homeowners is that researchers say that a new Walmart within a mile will increase their property values by 1-3%.  Yay Walmart!  Although I'm pretty sure they don't have a lot of million-dollar homes in that sample.
Posted by W.C. Varones at 7:12 PM 5 comments: 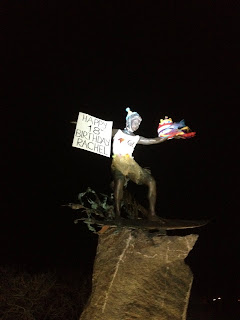 One of the better do-it-yourself birthday Kook costumes. You wouldn't believe some of the crap people put up there.

Happy birthday, Rachel. And congratulations on your choice of UC Berkeley. Despite corruption and administrative bloat, it's still one of the best education values out there.

#HALLPARKFAIL: Bids come in higher than expected; broke city to screw kids out of skate park

We can't afford a skate park for the kids, but at least city employees can all retire rich at 55.
Patch:

Who not to vote for 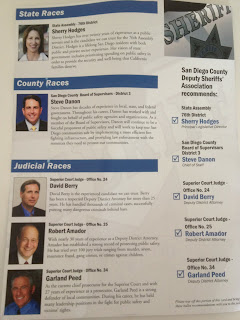 Thanks to the sheriffs union for providing this handy guide.

If the sheriffs union is for them, I'm against them.
Posted by W.C. Varones at 3:56 PM 8 comments: