The full set of documents are here. The maps of proposed high-density development are here.
Posted by Encinitas Undercover at 7:09 AM 192 comments: 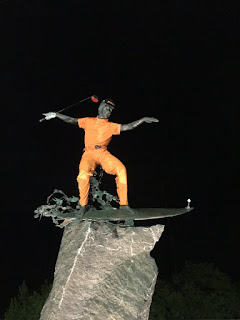 Please use the comments to record your observations.
Posted by Encinitas Undercover at 5:14 PM 60 comments:

Encinitas' most fanatical "affordable housing advocate" is baaaack! The ink's barely dry on the BIA deal with the devil our Council made recently. The BIA settlement included rounding up on base density for six pipeline projects, although Barbara Kautz, the attorney representing the City, is now of the opinion that rounding down is entirely defensible.

No surprises here – Meyer said he would sue. No doubt, he's counting on the Council folding like a cheap tent - yet again.

The lawsuit filing can be read here.
Posted by Encinitas Undercover at 1:48 PM 29 comments:

The developer of a nine-home subdivision should explore ways to make the project less intrusive, the Encinitas Planning Commission decided Jan. 21 by way of a 4-1 vote.

Commissioners expressed concern that two-story homes in the proposed development at 720 Balour Drive could loom over the existing neighborhood, which is largely made up of one-story houses. So, they asked the developer to share an access road with a church to allow a greater buffer between the subdivision and adjacent houses — or reduce the size of the planned homes’ second story.

This sounds like a lot of discretion, which we thought city didn't have when it came to density bonus projects. If the Planning Commission has this kind of discretion, why hasn't it used it before on projects like the one behind La Especial Norte?
Posted by Encinitas Undercover at 4:47 PM 16 comments:

Please use the comments to record your observations.
Posted by Encinitas Undercover at 4:31 PM 122 comments: 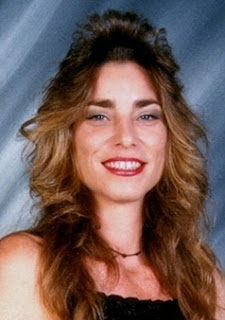 The Netflix documentary Making a Murderer is generating nationwide discussion about the case of Steven Avery, convicted of murder in a troubling case involving a coerced confession from Avery's severely learning disabled nephew and clear indications of evidence tampering by police.

Encinitans may not know that one of our own sits in prison to this day, convicted of murder in a similarly deeply disturbing case. Cheri Lynn Dale was convicted in 1993 of the 1990 murder of Susan Taylor. Despite no physical evidence pointing to Dale and no suspects at the time of the murder, an ambitious Carlsbad detective built a case more than two years later based on vague, inconsistent, and contradictory statements from the hazy memories of druggies. The case has the clear appearance of police and prosecutor misconduct and ineffective defense counsel.

Susan Taylor was staying in a La Costa drug house rented by methamphetamine dealer Lisa Stanton. The house had numerous drug users coming and going all the time, including at least a few visits by Cheri Dale. The police had no leads until two years later, when Cheri's violently angry, estranged husband told a Carlsbad detective to look into Cheri as the killer.

David Scott, who knew Cheri as a teenager, has completed an unpublished book that reviews the evidence and convincingly argues that Cheri is innocent. It is a fascinating and heartbreaking read. That manuscript can be downloaded or read online here (pdf).

Cheri has been a model prisoner, but has twice been denied parole. Because she maintains her innocence, the parole system says she doesn't show "remorse."

For further reading on Cheri's case, see this March 10, 2005 San Diego Reader with a feature story beginning on page 3. And Cheri's brother Fred Caldwell has made a series of short YouTube videos on the case here.
Posted by Encinitas Undercover at 9:41 AM 62 comments:

In October 2015, the company said an active review of the portfolio was underway to ensure assets were aligned with strategy. Today’s action follows a thorough review of Walmart’s nearly 11,600 worldwide stores that took into account a number of factors, including financial performance as well as strategic alignment with long-term plans.

The Encinitas Ranch store's customer traffic looks very poor, judging from the appearance of the parking lot and store aisles. Yet the store didn't appear on the list of closures.
Posted by Encinitas Undercover at 10:02 AM 15 comments:

“One of the reasons why American democracy is going through a very difficult time right now is that wealth distorts the way we make decisions,” Gore said in San Francisco during Connect 2016, a technology conference sponsored by China’s Cheetah Mobile.

That was particularly true when TV broadcasters reigned, but now the TV “information ecosystem” is declining, said Gore, who sold his cable channel Current TV in 2013 for $500 million to Al Jazeera America. That news network just announced it will shut down April 30.

“The Internet is now restoring an information ecosystem in which individuals can have an impact,” Gore said. “Individual bloggers can now bring light to facts and information that others can read and understand. And this has a political impact.”

Please use the comments to record your observations.
Posted by Encinitas Undercover at 5:10 PM 91 comments:

Residents still not aware of the Housing Element update


Planning Commissioner Tasha Boerner Horvath initiated an agenda item on public outreach for the housing element because she said “the window is closing” before the matter heads to a public vote in November 2016.

The housing element calls for rezoning certain sites for higher density to accommodate 1,300 units. Horvath said it’s a big deal and not enough have weighed in.

“When I talk to people in my circle of friends and with my neighbors, they don’t know what it is,” Horvath said.

Maybe they should put those story poles up on all the properties they want to upzone, showing how high and dense they want to build. That would get people's attention.
Posted by Encinitas Undercover at 4:08 PM 24 comments: 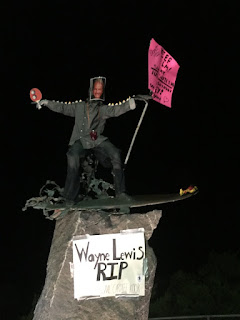 Wayne Lewis was the Cardiff man who died in the Palomar helicopter accident.
Posted by Encinitas Undercover at 9:50 PM 1 comment:

Shaffer even included a more-whimsical achievement perhaps— the weeklong renaming of a block of Vulcan Avenue “Spock Block” to commemorate the passing of actor Leonard Nimoy, whose heritage on the “Star Trek” television and film series was partly from the fictional planet of Vulcan.

“It may not seem like much,” Shaffer writes of the list of accomplishments, “but it is a lot, especially since we did not have a permanent city manager in place for most of the year.”


Sandbags will no longer be offered daily at the Public Works facility but may be bought locally from vendors.

There will be two final chances to get a limited number of free sandbags:

Coast Highway closed in Del Mar due to cave under road

FYI from the Inbox for anybody heading south today. This is between Del Mar Heights and Carmel Valley Road. 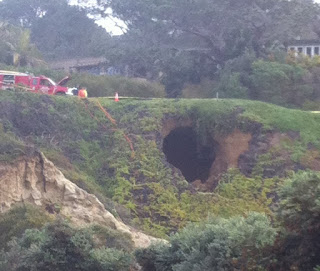 Posted by Encinitas Undercover at 10:43 AM 21 comments:

You know you're a Leucadian when...

... your city gives you emergency pumps ahead of the storm rather than fixing your chronically neglected storm drains during the last several drought years. 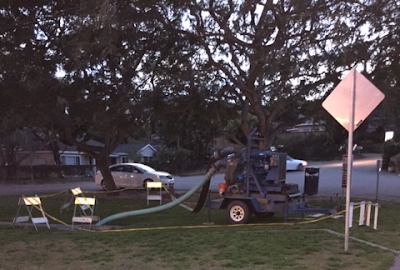