Your SDG&E bill at work

As your SDG&E rates increase unceasingly "for the infrastructure," never forget.

Here along jagged bluffs overlooking the Pacific Ocean, just south of the only liquefied natural gas plant on the west coast of North America, a luxury-appointed, mission-style resort has risen from the coastal scrubland.

Hidden behind miles of fencing and razor wire, Casa Azul is a little-known project of Sempra Energy [parent of SDG&E], whose chief executive Donald Felsinger personally approved construction of the $17 million-plus private conference center, according to work orders obtained by The Watchdog.


In July–two days after Assembly Speaker Karen Bass and Republican leader Sam Blakeslee put [Mike] Duvall on the Rules Committee that oversees member ethics–the second-term, conservative, Republican assemblyman sat in a public hearing and vividly described lewd details about his trysts with a female lobbyist whose clients [Sempra / SDG&E] had business before another committee on which Duvall sits.


Just when you thought it couldn't get any worse with SANDAG - San Diego Association of Governments, it does. The Executive Director's goal is to make driving, and as you're about to hear, PARKING, so expensive, that you will have no choice but to take public transportation. In my interview with Mark Larson Media on AM 760 KFMB, I shared how much Hasan Ikhrata (Exec. Dir.) believes San Diegans should have to pay to park around the county. You're not going to believe it!

Link to the interview: https://bit.ly/30G1mnD. I would love to hear your thoughts at StopTransNetRaid.com.

Also, please mark your calendar to attend our next SANDAG meeting on Sept 6th at 9 am. Our Board will discuss what projects we fund for the next 7 years. It is crucial that we hear from San Diegans who want SANDAG to follow through with its 2004 promise to repair and improve our highways! Meeting location is 401 B Street, San Diego, #800. Thank you for your support!

Posted by Encinitas Undercover at 7:11 AM 4 comments:

Please use the comments to record your observations.
Posted by Encinitas Undercover at 5:51 PM 33 comments:

San Diego Gas and Electric is looking to nearly quadruple the minimum bill it charges customers.

"The minimum bill amount currently is $10 per month and we’re proposing to increase it to $38 per month," said SDG&E Spokesman Wes Jones.

Jones added that the proposed increase comes as more customers are turning to solar.

"A solar household may not pay their full cost of service in terms of us giving them electricity and that cost is then shifted to a non-solar household for the grid to be maintained and operated," he said.

Critics of the proposal say it is a tactic by SDG&E to keep people from going solar.

They'll make you pay for their wildfires one way or the other.
Posted by Encinitas Undercover at 1:41 PM 36 comments:

Please use the comments to record your observations.
Posted by Encinitas Undercover at 4:57 PM 8 comments:


Under GASB, cities may report balanced budgets and surpluses that are neither.  It treats loans as revenue, avoids cost recognition by not paying expenses, and reports less debt than is actually owed.

GASB accounting is the method used by Encinitas:

Jody Hubbard is a CPA.  Why does she stay silent when the Mayor touts the city’s great financial health?  Is she ignorant about governmental accounting standards?


As many of you have seen, major construction is underway at the Cardiff School campus. Most of the original buildings have been demolished, mature trees have been cut down, and significant grading has taken place. As a reminder, all of this work is supposed to be part of "Phase 1" of the project which avoids further violations of the Land and Water Conservation Fund (LWCF) Agreement that protects George Berkich Park in perpetuity. In spite of this, the District had Phase 1 plans to create a stormwater detention basin and other destructive work inside the boundary of George Berkich Park.

On July 24, representative of SAVE THE PARK, BUILD THE SCHOOL (STPBTS) appeared in California Superior Court to request a temporary restraining order (TRO) be issued to prevent irreversible damage from taking place at Berkich Park. In a significant win for STPBTS Judge Earl Maas issued this TRO. Language from the TRO clearly states that George Berkich Park is not to be touched until further notice:

“IT IS ORDERED” that Defendant Cardiff School District … be restrained and enjoined from engaging in, committing, or performing, directly or indirectly, by any means whatsoever, the following acts: Performing or causing to be performed any further construction activities for the Cardiff School Modernization and Reconstruction Project within the existing 6(f)(3) boundary … commonly known as George Berkich Park… This Temporary Restraining Order shall be effective until further order from the Court.”

Our continued success in saving the park depends on generous donations made by those who believe George Berkich Park is important to our community. Please consider adding your support by making a tax deductible donation to our cause: https://www.buildtheschoolsavethepark.com/get-involved/


Several people have messaged me and say they don't want to post about bikes as they feel they will get slammed by 3 people, who I shall not mention. So, would it be possible to let the bike story go for a while. We all know how the ones that post think and feel. We also know at least 2 of our council members made it public to these people that they were all for whatever it is they want. Or at least that is what I was messaged, and what one person who did post said. So, I think we all know what is going on, and much more at this time is not needed. Perhaps you can talk about other things except bikes? For example, mass transit for all? I have posted several things in the last few days that are controversial in other cities, but people have either ignored, or are too engrossed with their own issues to pay much attention. I have no idea which is. I just know that when I get 3 messages saying some are intimidated it is my job as moderator to ask you to please let the bike issue go, unless there is new information. Thank you for helping keep this site up and vibrant.

We can talk about it here.
Posted by Encinitas Undercover at 6:35 AM 98 comments: 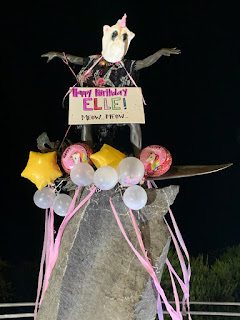 Posted by Encinitas Undercover at 8:51 AM 15 comments: 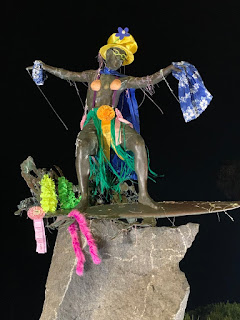 Posted by Encinitas Undercover at 6:38 AM 4 comments:

Clave is Davis’s daughter. The third fatality is reportedly Elizabeth Cox, Clave’s aunt. The family was at the beach to celebrate Cox’s cancer recovery. 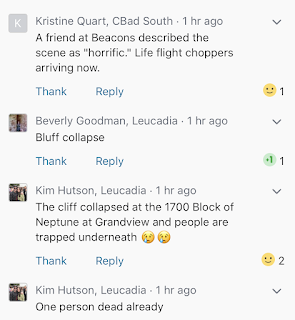 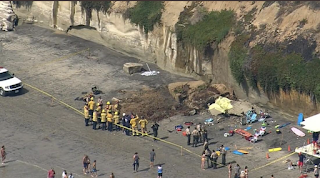 The cliff failure at Grandview Surf Beach in the Leucadia neighborhood of Encinitas occurred shortly before 3 p.m., just north of a lifeguard station that was staffed at the time, according to officials in the northern San Diego County city.

One of the victims, a woman, was pronounced dead at the scene. Three others were taken to hospitals, two in critical condition and one with minor trauma, Stein said. One other was treated at the scene for superficial injuries.

Boat Houses to get historic status

An architect with the state commission was very pleased with the Encinitas Preservation Association’s request to list the boat-shaped structures. He called them part of the fabric of California creativity in the 1920s and said that he really hoped more structures like them would be registered, association president Tom Cozens said after getting a report from association vice president Sean Englert, who attended the meeting in Sacramento.

As long as no one appeals the commission’s decision within the next 14 days, the Boat Houses will be added to the national register, joining such famous California attractions as Hearst Castle, the Hotel del Coronado and the cable cars in San Francisco.