Most people have never heard of Quinnipiac University.  Or if they have, it's because Quinnipiac runs political polls that are sometimes quoted in the press. I'm pretty sure it's somewhere in the Eastern half of the United States, because it's got one of those Eastern-sounding Native American names.

But someone at Quinnipiac has heard of Encinitas.  Meet "Peter the Nihilist" by "Buford Harris":


Peter's parents died on the day of his high school graduation.

"Such a terrible sight we have not seen since that tiger escaped the San Diego Zoo and tragically found its way into Mr. Jacobson and his deli section at Albertson's," said the Encinitas Gazette the next day.

"I never got my Big Mac," said Peter.

The whole event shook the stereotypical cliff top town of Encinitas to its overpriced, and frankly all too sensitive, core. Events were held, wakes were attended, and memorial speeches were given, none of which were attended by Peter. Probably the most notable of these events was held by Mrs. Goldstein and Mrs. Sanberg, along with the rest of the D street MADD club, who organized a highly intrusive, and disappointingly low quality, bake sale in memory of Peter's parents the very next day.

Don't quit your day job, Buford. And if any people here are thinking of sending their kids to the creative writing program at Quinnipiac...
Posted by W.C. Varones at 8:34 PM No comments:

What a cluster^&%$. It's hard to tell how much of the mess is actual incompetence vs. feigned incompetence to force the desired outcome.

Lisa Shaffer nails it in Patch.


The City of Encinitas is preparing an “update” of its General Plan to bring it into conformity with regional and state mandates. Concerns about both substance and process abound from the community. Disarray within the City Council and between the Council and City Manager and planning staff are wasting time and money and further frustrating the alleged objective of meaningful public engagement in the process.

Even with the recommendation for more public meetings, there is a lack of clarity and a waste of time and money. Staff prepared an informative brochure to send out city-wide notifying people of the meetings. However, both Council and the public were unhappy with the draft and sent the staff back for a substantial revision, incurring more staff time and expense and delaying the planned meetings.

Who is calling the shots here? I have serious concerns about a process that seems out of control. With agenda items appearing and then being withdrawn, staff reports that don’t reflect reality, a clear lack of clarity between the Council and the planning staff, it seems that time and money are being wasted, and interested citizens are increasingly frustrated because they have ideas and preferences but no consistent and meaningful way to be heard. The people need a transparent process for engagement, and a vote of all the people before a final plan is adopted.

Shaffer is exactly right. The GP Update meetings were a farce and a scam where residents' input was ignored and perverted to support the development plans of the staff and the million-dollar outside consultants. Just Say No.
Posted by W.C. Varones at 5:12 AM 2 comments: 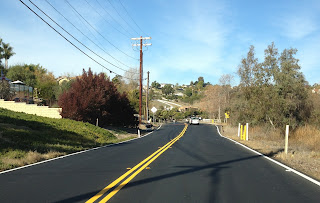 Smooth as a baby's butt.  Think Cardiff and Leucadia would get treated better by the city if they kept quiet like Olivenhain does?
Posted by W.C. Varones at 7:31 PM 5 comments:

Bike San Diego is talking to Encinitas city staff, trying to get a buffered bike lane North of Leucadia Boulevard on 101.

This harrowing stretch of 101 is intimidating to casual bicyclists.  Rarely do we see families, people on local errands, or tourists cruising what should be one of the country's most beautiful bike rides.  Safer bike lanes would bring health, environmental, and economic benefits to Leucadia.

You can help by signing this petition.

The Union-Tribune has a history of being friendly to the Dalager-Bond-Stocks-Gaspar-Muir gang, even before its recent acquisition by developer and political backslapper Doug Manchester.

Which makes this editorial smackdown quite surprising, and refreshing.

An unacceptable case of petty government secrecy came to a predictable but sorry conclusion this week in Encinitas. The City Council decided not to challenge a court order requiring that the city pay $56,175 in legal fees to a man who sued the city because it wouldn’t turn over a draft report on road maintenance done by an outside consultant.

Kevin Cummins, a local activist, wanted to see the document to determine whether the city’s financial issues were getting in the way of needed road repairs. The city’s lawyers used the tired dodge of saying the draft report was a work product, not an official document covered by the state Public Records Act. Even after losing their first round in court, Encinitas officials chose to appeal, only to be embarrassed again when the California 4th District Court of Appeal declined to review the ruling.

If the U-T is not going to cover for the gang anymore, Stocks' and Muir's re(?)-election will be more difficult. Media coverage of their crony Dan Dalager's crimes was what led to his ouster by the voters in 2010.


I suspect the UT is starting to smell something reeking in Encinitas. Now that the report needs to be released, I wonder what financial issues will be discovered that "The Club" spent more than $50K trying to hide.

The road report in fact has been released and shows that while the roads are currently in "good" condition, there is a growing maintenance backlog that will increase future road repair costs. The bigger smoking gun is that the city has destroyed all communication between staff and the outside consultant. The city has a practice of destroying e-mails so that the public and the press can't get a view of the backroom scheming.
Posted by W.C. Varones at 8:57 AM 2 comments:

#HALLPARKFAIL: Andrew Audet on the council majority's 10 years of excuses

Andrew Audet in the Coast News is rapidly becoming the must-read local columnist. Today's column is one of his best yet.


The fact is the park was approved to be built years ago but the city doesn’t have the money. Money that should have gone to the park was spent on the wrong things. City unions that supported Stocks got pay raises.

The Fire Unions that supported Stocks got new fire stations. Union members like ex-fire chief and current un-elected council member Mark Muir, who directed efforts to elect Stocks, got pension raises. Meanwhile a generation of kids lost out on using the park and their taxpaying parents will foot the bill for new fire stations and pensions like Muir’s estimated at $170,000 dollars annually. A 7-year-old little leaguer in 2001 is now 18 and off to college. Fire unions got paid and residents got hosed.

Click on over and read the whole thing.
Posted by W.C. Varones at 6:21 PM 3 comments: 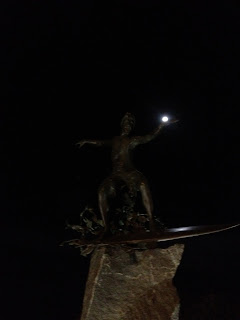 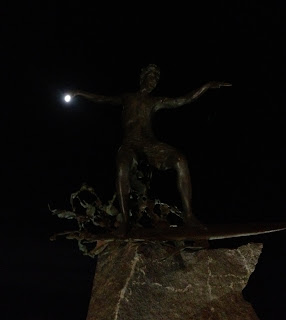 What is ICLEI and why is Encinitas a member?

A commenter asks, "What is ICLEI and why is Encinitas a member of this international organization?"  Encinitas is one of a small minority of 1200 municipalities worldwide that has signed on to ICLEI.

ICLEI was founded at the UN in 1990.  One of the founders was notorious central planner (and quixotic 1992 Presidential candidate) Mayor Larry Agran of Irvine.

ICLEI has connections to "Agenda 21," which is a UN push to impose international rules on local development.  Doesn't Encinitas have enough over-development mandates from the state of California?  Do we really need Euro-weenie bureaucrats telling us to over-develop El Camino Real as well?

Why, you may still ask, is Encinitas a member of ICLEI?  Well, in 2010, all five council members voted to join ICLEI and send them our money because of global warming.  If we pack everyone into high-rise apartments on El Camino Real, people will stop driving cars... or so the thinking goes, apparently.
Posted by W.C. Varones at 4:29 AM 9 comments:

Seems to me it's all about financial and operational incompetence. The city paid way too much for the property, didn't make the sellers do the environmental clean-up, then got into a legal battle with the neighbors by demanding stadium lights for nighttime sports instead of building a more low-key community park that could be enjoyed by everyone. With the legal battles apparently over, the most likely real reason for no action is money. Where's the money?
Posted by W.C. Varones at 11:27 PM 10 comments: