Last year we brought you the story of a young family planning to build a very modest 2nd-story addition to their home in the Rosebay neighborhood.  Wealthy homeowners in the gated community on the hill above Rosebay filed suit to stop the addition even though 1) the property is zoned for two stories, 2) Encinitas doesn't have a view ordinance, and 3) even if there was a view ordinance, the small and distant addition could not reasonably be seen as blocking the plaintiff's view. 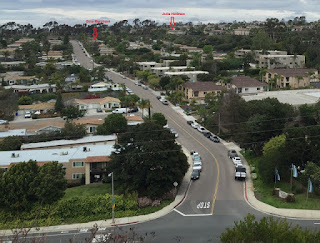 Today we have some happy news from the remodelers!

- In part because of the lawsuit, which required us to dip into our savings and emergency fund, we spent ~4 months changing banks, refinancing, and negotiating for a larger construction loan. Luckily, and because of our good credit history, this worked. We just kept our fingers crossed that we wouldn't get sick or lose our jobs. Fighting this has cost us tens of thousands of dollars. Although this is likely less than the Hedman's on West Bluff have paid their lawyer over the past 1.5 years, they clearly can afford to throw good money after bad whereas for my husband and I, it was a major decision to fight. We decided to fight because we love where we live, and we have a right to do this by the letter of the law.

- We started construction April 1, which was before we knew the outcome of the case. We didn't have a choice because otherwise we would lose our General Contractor (as he would have move onto other projects). We had waited as long as we could. We were confident they would lose but it has still been a nerve-wracking month. It was a good month though as our son turned 1 year old! It's crazy that it has been a year since the Hedman's sued the city and served us papers.

- We found out the judge ruled in our favor this past Thursday. I broke down in tears of joy at my office (pics attached :) It was a weird feeling after awhile though - it's more like relief. Yes, we won but really we just prevailed and survived. This should have never happened in the first place. Unfortunately we can't recoup our lawyers' fees due to the Anti-SLAPP law, which normally serves to protect people like us from having to pay developers' lawyers' fees were we to lose a case (i.e., the roles are normally reversed). We knew this going in but it still bothers me.

- There is a slim chance they will appeal this ruling, which would drag this out at least another year, and cost us more money. However, hopefully they aren't that delusional as the judge ruled strongly against every argument they tried to put forth (e.g., there is no public view obstruction). In fact, if you go walk the trail, it is difficult to make out our new roof line from among the trees (pics attached). If they are crazy enough to appeal, we are going to do a fundraising effort so that our neighborhood can come together and fight on behalf of all of our interests, which is defending our neighborhood's right to improve our homes, and the value of our properties. Not a day goes by where I don't remind myself that a small minority live in 3,500 square foot homes (like the Hedman's) while the majority live in homes much smaller like us. I've worked incredibly hard my entire adult life to get to where I am today, and I'll be damned if someone is going to try to use their money to bully me. We did everything according to the City's rules and regulations; we didn't ask for a variance; and we aren't flipping the property. This is our home.

- A silver lining in all of this is that we have met a lot of new neighbors, and most people have been unequivocal in their support for us, and our project. Obviously not everyone is stoked on the project but most people are, and it feels good to have that support after everything the Hedman's have put us through. We have also been fortunate that we are living next door during the remodel. Our neighbors are retired, and are fixing up another home while renting to us. It's crazy lucky that this happened but at the same time it speaks to the homeowners in this community, and how much we all support each other.

- We want to thank the community for rallying behind us, and for bearing with us through the dust and noise of the final framing etc. that should be done soon! 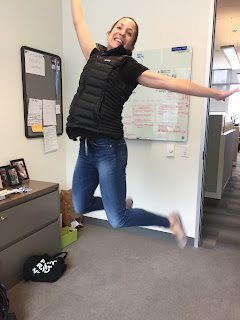 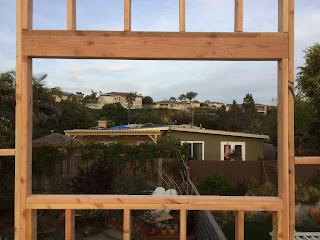 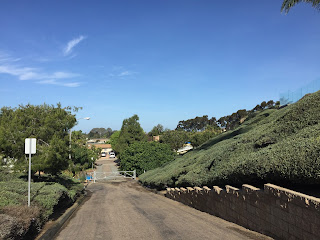 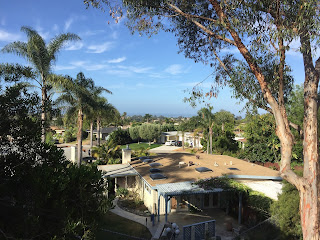 Posted by Encinitas Undercover at 11:58 AM