Locals were amused in July when it was revealed that mayoral candidate Jeff Morris, who has been publicly and vehemently opposed to current mayor Catherine Blakespear for years, had e-mailed Blakespear earlier this year proposing a political alliance.

Having apparently been spurned by Blakespear, Morris now turns to her Democratic Party for support.

another installment in the continuing saga of "Who is Jeff Morris?"  He applied for endorsement by the San Diego County Democratic Party - see attached agenda, item #8:
8. Endorsement Recommendations:
a. Encinitas Mayor – Tony Kranz, Jeff Morris
And on his application, among other things, Jeff promises his allegiance to the Democratic party, including the pledge to appoint only Dems to city boards and commissions: 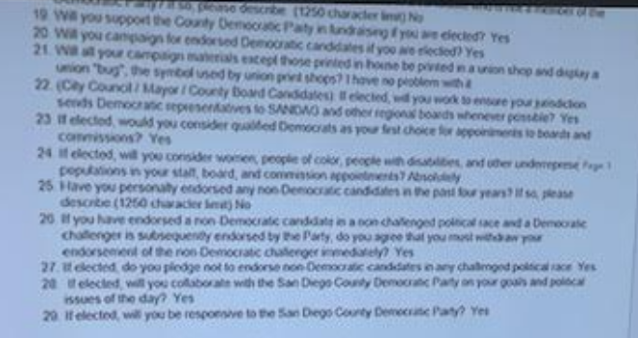 He also claims he had double the number of voters over the other candidates (who knew the vote happened already?):

This takes the cake: when the time came for Jeff to speak to the board, he was a no show.  When he should have been convincing the Party of his worthiness, he was instead busy on his police scanner saving the city: 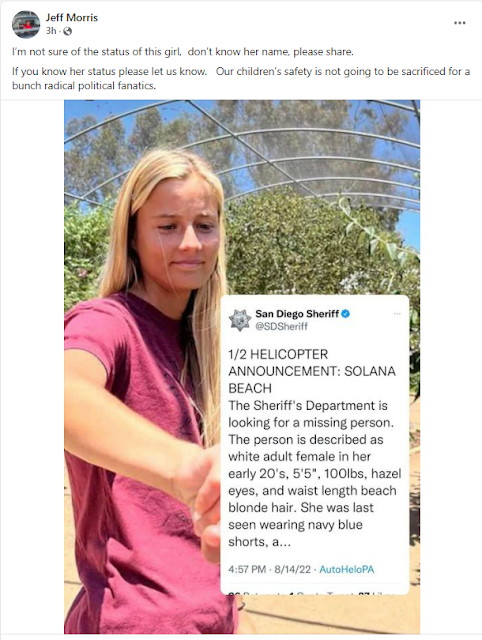 In the Party deliberations on the endorsement, Morris was reportedly referred to as "a wacko."
Posted by Encinitas Undercover at 5:04 PM